Choose From Many Loan Programs 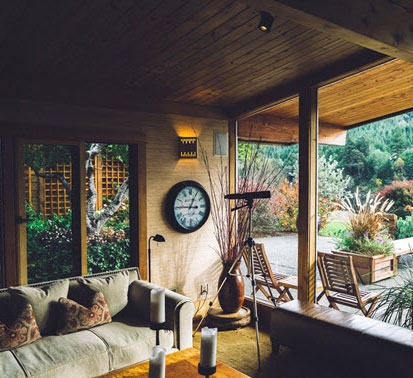 Today’s home buyer has more financing options than have ever been available before. From traditional mortgages to adjustable-rate and hybrid loans, there are financing packages designed to meet the needs of virtually anyone. While the different choices may seem overwhelming at first, the overall goal is really quite simple: you want to find a loan that fits both your current financial situation and your future plans.

As this article discusses some of the more common loan types, you should spend time talking with different lenders before deciding on the right loan for your situation. Most importantly, get pre-qualified before you start going to visit homes of interest. You will always have more strength when making home purchase offers if you are already pre-qualified and have a letter to present with your offer.
View More

Most loans fall into three major categories: fixed-rate, adjustable-rate, and hybrid loans that combine features of both.

Adjustable-rate mortgages (ARM)
Adjustable-rate mortgages differ from fixed-rate mortgages in that the interest rate and monthly payment can change over the life of the loan. This is because the interest rate for an ARM is tied to an index (such as Treasury Securities) that may rise or fall over time. In order to protect against dramatic increases in the rate, ARM loans usually have caps that limit the rate from rising above a certain amount between adjustments (i.e. no more than 2 percent a year), as well as a ceiling on how much the rate can go up during the life of the loan (i.e. no more than 6 percent). With these protections and low introductory rates, ARM loans have become the most widely accepted alternative to fixed-rate mortgages.

Hybrid loans
Hybrid loans combine features of both fixed-rate and adjustable-rate mortgages. Typically, a hybrid loan may start with a fixed-rate for a certain length of time, and then later convert to an adjustable-rate mortgage. However, be sure to check with your lender and find out how much the rate may increase after the conversion, as some hybrid loans do not have interest rate caps for the first adjustment period.

Balloon payments
A balloon payment refers to a loan that has a large, final payment due at the end of the loan. For example, there are currently fixed-rate loans which allow homeowners to make payments based on a 30-year loan, even thought the entire balance of the loan may be due (the balloon payment) after 7 years. As with some hybrid loans, balloon loans may be attractive to homeowners who do not plan to stay in their house more than a short period of time.

Time as a factor in your loan choice
As has been discussed, the length of time you plan to own a property may have a strong influence on the type of loan you choose. For example, if you plan to stay in a home for 10 years or longer, a traditional fixed-rate mortgage may be your best bet. But if you plan on owning a home for a very short period (5 years or less), then the low introductory rate of an adjustable-rate mortgage may make the most financial sense. In general, ARMs have the lowest introductory interest rates, followed by hybrid loans, and then traditional fixed-rate mortgages.

FHA and VA loans
U.S. government loan programs such as those of the Federal Housing Authority (FHA) and Department of Veterans Affairs (VA) are designed to promote home ownership for people who might not otherwise be able to qualify for a conventional loan. Both FHA and VA loans have lower qualifying ratios than conventional loans, and often require smaller or no down payments. Bear in mind, however, that FHA and VA loans are not issued by the government; rather, the loans are made by private lenders but insured by the U.S. government in case the borrower defaults. Remember too, that while any U.S. citizen may apply for a FHA loan, VA loans are only available to veterans or their spouses and certain government employees.

Conventional Loans
A conventional loan is simply a loan offered by a traditional private lender. They may be fixed-rate, adjustable, hybrid or other types. While conventional loans may be harder to qualify for than government-backed loans, they often require less paperwork and typically do not have a maximum allowable amount.